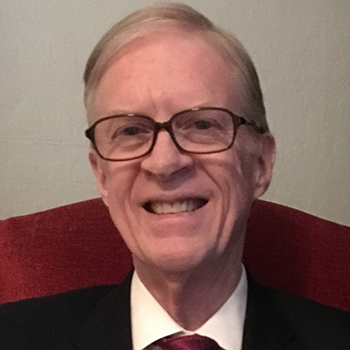 Mr. Carter has been on the Board of Directors of Skyworks Aeronautics Corp. and its’ predecessor company since 2012.   He brings his multinational, geopolitical experience to Skyworks Aeronautics as it expands worldwide. Since 2007, he has served in various capacities, primarily focused on international opportunities, with SGS Asset Management including as Vice-Chairman.   In 1998, Mr. Carter along with his wife, Elizabeth, co-founded an investment company which introduced multinational corporations to premier private equity investment firms; that formation led to their development of a global network. Later, they co-founded Carter Global LLC which they currently own and operate.

Mr. Carter entered the commodities markets in 1977 and has experience in farming and grain markets; he ran the financial futures desks for both Continental Bank and Archer Daniels Midland at the Chicago Board of Trade; and he was a foreign exchange dealer with Citibank and the Bank of Bermuda (now, HSBC) where he was also Director of Research and Product Development for Global Treasury.   In that position he developed a “Currency Overlay Product” for the bank, a hedging vehicle for persistent currency exposure.   In the mid-1990s he worked with Invesco Capital Management as their representative to Bermuda’s international community of banks, captive insurers, and reinsurers and was the Secretary of the Global Asset Allocation Committee.

In 2006, Mr. Carter was the Democratic Nominee for the U.S. Senate in Nevada.   He also campaigned extensively in 1975-6 for his father, Jimmy Carter, for President.   He is currently a Senior Advisor to Brown Gibbons Lang & Company an independent investment banking firm in Cleveland, OH, and a Director of Alternative Petroleum Technologies, a developer of emulsion and oxidative desulfurization products.

Mr. Carter has a BS in Physics from Georgia Tech and a JD from the Lumpkin School of Law at the University of Georgia where he is a member of the Bar.   From 1968-1970, Mr. Carter was an Electronics Technician in the United States Navy with a tour in Vietnam.